Skip to content
Search
Close
Since it’s Memorial Day weekend, I thought it would be fitting to write a post to honor the Women Airforce Service Pilots (WASPs) of WWII.

If you don’t know who they are–I’m (sadly) not surprised. This group isn’t typically mentioned in history books or many WWII documentaries. Their images aren’t iconic (like Rosie) and their names aren’t well-known (yet). And, some argue, the outcome of WWII may have been quite different if it hadn’t been for this group of under-recognized women. However, there are some, like film-maker Jill Bond, who are determined to help tell the story and spread the word of their heroism.

In 1941, two female pilots (Jacqueline Cochran & Nancy Harkness Love) sent inquiries to the U.S. Army Air Forces requesting that women be used for non-combat missions to pilot planes to bases throughout the United States. Their goal was to free male pilots for combat roles. The proposal was denied several times, but by the summer of 1942 (and after some major support from Mrs. Roosevelt), Cochran and Love’s idea was taken seriously.

More than 25,000 women applied to be military pilots, but only about 1,100 were selected. The women traveled to Sweetwater, Texas to train at Avenger Field for four months and earned their wings and became the first women to fly American military aircraft. From Sweetwater, the WASPs were stationed at 120 different air bases across the country, logged over 60 million flight hours, and delivered over 12,000 aircraft of 78 different types from factories to bases.

However, after a nasty and aggressive campaign by male pilots who wanted the WASP jobs during World War II, they were the only wartime unit that was denied military status by Congress and were sent home before the war was over and their job was done. Because the women were denied military status, the WASP received no insurance or benefits during or after the war, and if a WASP died during training or while on a mission, their families were not allowed to put a service star in the window, nor could the WASP receive a military burial. (Bond)

This trailer for Jill Bond’s documentary, We Served Too, solely dedicated to this group really captures their story:

Back in the fall I read an article with my students about these incredible women. Ever since, I had this idea to recreate some of the images of the WASPs in order to honor their service. My mother works at the Lehigh Valley International Airport, so I ran my idea by her and asked if the airport would let me do a shoot there in one of the hangars. After a few calls and e-mails, it turned out that the Aluminum Overcast B-17 Bomber from WWII was scheduled to come through for a tour. Knowing that this was an incredible opportunity, I began planning.

I knew immediately I wanted Alex from Alexandra Whitney Photography on board with my project. She brings such a fresh perspective to anything retro/vintage and her photos are always swoon-worthy. So, after a quick coffee-shop brainstorm session with her, the project was off the ground.

I cannot wait to show you the images from our shoot and tell you all about the other vendors and details  (so stay tuned), but for now I want to dedicate this post to the true WASPs. Their service and courageousness is nothing short of inspiring. If even one person remembers and cares enough to share their story with others, then my project will have been worth it. 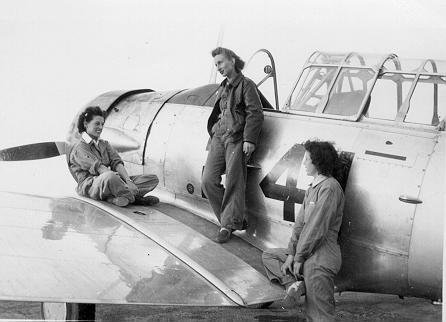 WASPS: Thank you for your service. 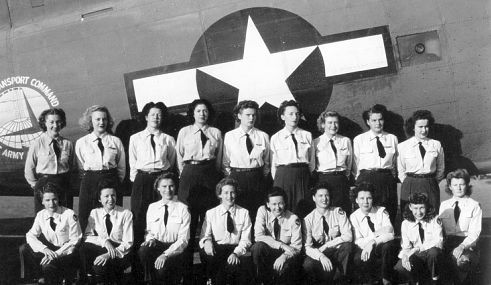 Want to see more images? Check out this gallery.

Post Script:
“I have found adventure in flying, in world travel, in business, and even close at hand…Adventure is a state of mind–of spirit.” -Jacqueline Cochran (WASP founder)

If you’d like to learn more about the WASPS, visit: 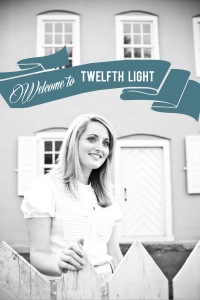 two year hiatus. time to thaw out? . . . . . #twelfthlight #welcomeback
tributaries
"At no other time (than autumn) does the earth let itself be inhaled in one smell, the ripe earth; in a smell that is in no way inferior to the smell of the sea, bitter where it borders on taste, and more honeysweet where you feel it touching the first sounds." -Rainer Marie Rilke #alliumdesign #wedding #centerpieces #fall #autumn
Turbines.
Ladies and lattes.
I'm going to go ahead and move in. #uppercrusty #rich #gingerbreadhouse #mansion #luxury #home #travel
Don't let anyone convince you that you should or shouldn't feel a certain way. About anything. #QOTD #quote #words #inspiration #motivation #emotion #feels #ttc #infertility
Well, if I'm going to teach ninth grade, I better brush up on my #classics! Jolie's content for a read aloud. #teaching #charlesdickens #greatexpectations #bibliophile #read #sundayfunday #dogsofinstagram
That's happening. #sunday #sundayfunday #breakfast #pancakes #foodie #foodphotography #nomnomnom

Back to top
Read A Little Poetry

Listen, are you breathing just a little, and calling it a life? ― Mary Oliver

My journey through infertility